The Association of Independent Non-Executive Directors 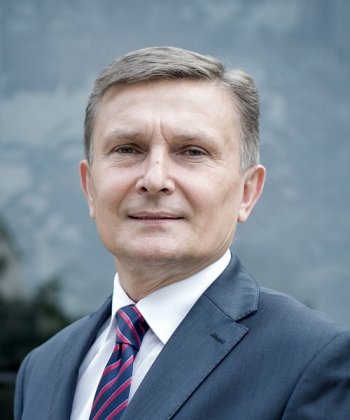 Mr Tokarski graduated from Telecommunications Faculty at University of Science and Technology (UTP) in Bydgoszcz. He started his professional career as academic teacher and scientist in the Telecommunications Institute at UTP, where he, among others, engaged in studies of microcomputer system application in various segments of life and economy.

During his 18-year long work in Bank Handlowy w Warszawie S.A. he started as Director of the Bydgoszcz branch to later manage the whole Northern region and followed by the position of Executive Director in the Bank head office, responsible for financing investment projects, i.e. organising corporate bank syndicated loans and other debt instruments on local and European market.

From 2013 to 2016 Mr Tokarski was the President of the Management Board of Bazy i Systemy Bankowe Sp. z o. o. in Bydgoszcz, the producer and integrator of IT solutions, where he executed a deep restructuring process.

He was a member of supervisory boards at Celuloza Świecie S.A. (later Frantschach Świecie, now Mondi Świecie), Zakłady Chemiczne Organika Zachem in Bydgoszcz, Apator S.A. in Toruń as Chairman of the Board, and Sygnity S.A., where he served as independent member of the board and Chairman of Audit Committee. Since 2014 he has been an independent member of the Supervisory Board and Audit Committee of mBank Hipoteczny S.A. in Warsaw.

He attended many training and courses both in Poland and abroad, ranging from corporate finance, risk management to branch productivity and branch network management. He also completed a one-year management development program organised by Harvard Business and Ican Institute.